You are here: Home / coaches / What to do When Two Kids Win…AND Lose At the Same Time

What do you do when two kids win–and lose–at the same time?

If you’ve ever had two children playing in the same game, match or event, it can be a tangle of emotions for mom and dad. Especially if one young athlete places at the top, and the other near the bottom.

Since my kids are all three years apart, I never faced this dilemma when they were growing up, but now that they are grown and out of college, my luck has run out.

My two daughters, ages 23 and 29, recently competed in a crossfit competition. My youngest, Holli, is 23 and this was her 4th crossfit tournament. She’d done well in the other three, placing in each event. But this was the first crossfit competition for my oldest, Cristi, and she was pretty nervous about it.

They both worked very hard, but at the end of the day, Holli took 2nd place and Cristi tied for last, which brought about a clash of internal emotions for me. 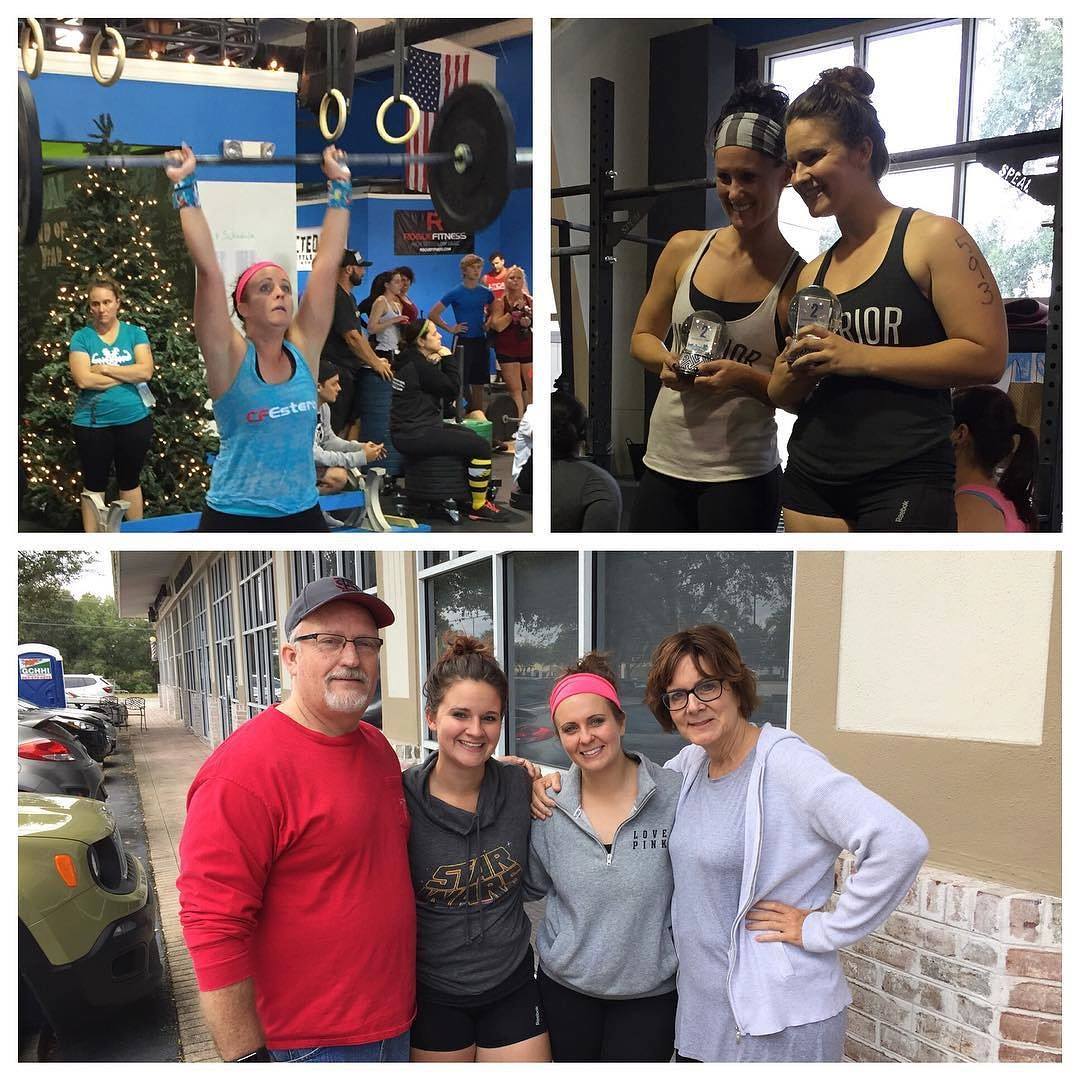 Upper left: Cristi pushes through a difficult lift. Upper right: Holli (on the right) gets second place. Bottom: Mom and Dad proud of them both.

I was so proud of Holli for working hard to finish 2nd, and I was equally proud of Cristi for toughing out her first competition, even when it got really hard. However, they are both mature and handled it very well. Holli praised her sister’s hard work and said how proud she was that Cristi fought through the hardship and finished. Cristi praised her younger sister for working hard and finishing second.

Unfortunately, if your kids are younger, you may not have such a happy ending to your story. One may do well, the other may really struggle. One may win, the other may come in last. One may shine and get all the attention, while the other gets no recognition.

As parent, how do you handle this?

Even though my girls were able to handle the situation well, I was still faced with the quandary of how to respond as a parent.

Here’s what I did and I’m hoping that you can take something from what I say to help you should you face this predicament.

I separately told each one how proud I was of them. And I specifically explained why. I didn’t make a big deal of it. At the same time, I did not diminish the winner’s accomplishment. It would have been easy to play down Holli’s 2nd place finish so that I didn’t make Cristi feel bad, but that would have not been fair to Holli. I openly acknowledged her victory, even with her sister close by.

And at the same time, I found the victory in Cristi’s last place finish. The victory was that she finished her first crossfit competition, and she fought through some pretty tough battles to get there. It was not easy on her, and she was near tears on one occasion. But her fighting attitude shone through and I was very proud of that tenacity. Her mental toughness had matured, but it was given many opportunities to grow as she played sports growing up.

This whole mental toughness angle of youth sports is huge. If your child struggles with it, you might want to consider letting them go through a mental toughness training course. My friend Craig Sigl from Mental Toughness Trainer does a great job of teaching it to kids. Check out his course here.

I observed how they reacted to each other. I wanted to be tuned in to how they were handling their accomplishment. I felt very bad for the one who’d finished last, so I kept an eye on how she was dealing with it. I took my cues on whether to intervene or not from their behavior. Of course, they handled it differently than your younger kids probably will, but the principle of listening and monitoring their demeanor still applies.

I was ready to intervene. Fortunately, I didn’t have to because, as I said, my daughters were old enough and mature enough to handle the situation. However, you may not be so lucky.

And the same goes for the last placer. After affirming your pride in his effort, ask him how he’d feel if he’d just won. He’d want his family to be happy for him, wouldn’t he? Allow him to be sad for a bit, and encourage him–when he’s ready–to congratulate his sibling for his accomplishment.

The bottom line here is this simple fact: not everyone can win all the time. Help your kids understand that there is a time to win, and a time to lose. And it’s made even harder when both of those extremes happen in the same family on the same team. Encourage them to empathize with each other.

This does not mean that you downplay the wins or minimize the pain of the losses. Rather, it is an opportunity for you to teach your kids the very valuable lesson of seeking to understand how another person feels. 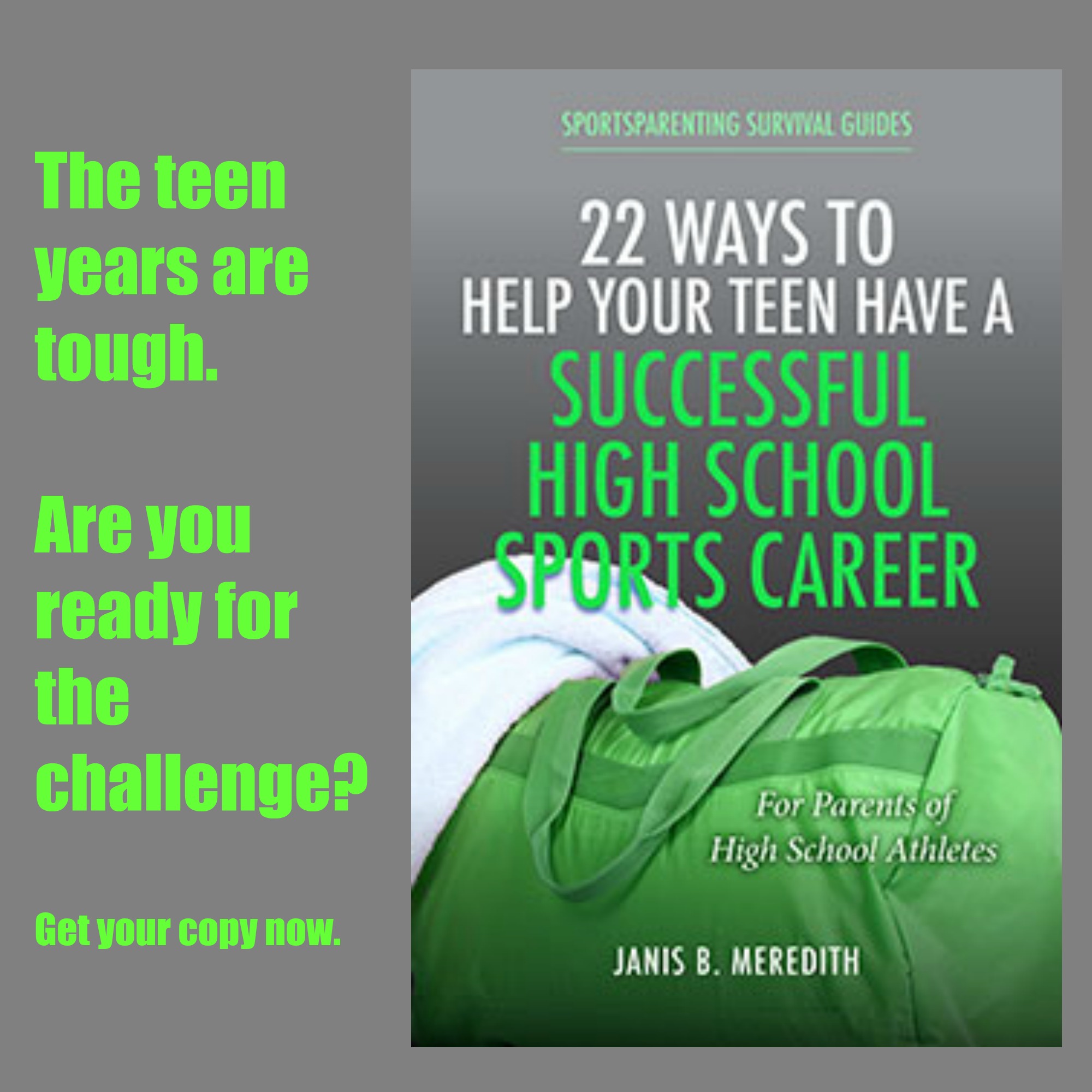