You are here: Home / coaches / 7 Signs That Your Child Might Have a Tough Season 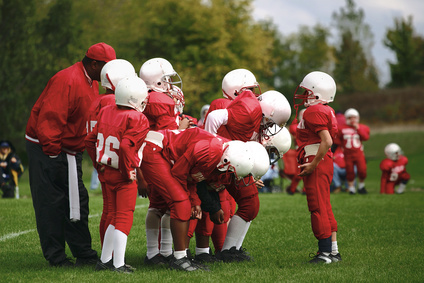 Is there a tough season ahead?

Sometimes a tough season doesn’t start out that way. It may hit you and/or your child halfway through or even wait until the end to turn sour.

But there are often signs at the beginning of the season that it could be hard. If you see any of these indicators at the start of the season, beware. Tough times may be ahead.

Your child is obsessed with playing time

Of course kids care how much they get to play. They should care. No player is happy to sit on the bench. But when  your child is so obsessed with how much he plays compared to other players that he loses enthusiasm for the team as a whole, then it’s going to be a very long season.

You have very high expectations for your child

Believe in your child, yes. Expect your child to work hard and give her best, yes. But don’t place expectations on your young athlete that she doesn’t want, like expecting her to live up to your own youth sports performance or hoping she fulfills the dream that you never could.

Kids should be pushed and challenged, but they should not be put on pedestals.

If you don’t like the coach, it’s going to be very easy to find something wrong with everything he does. It will be easy to blame her if your child is struggling or if your child isn’t enjoying the season.

Learning to wipe the slate clean for each coach at the start of every season can help your outlook, but it’s very hard to do when you know the coach and don’t like the way he runs the team.

Whenever an athlete goes into the season not liking the coach, it becomes harder for him to be coachable. Not being coachable turns into a multitude of other problems: lack of teamsmanship, selfish play, and not following directions, to name a few.

The honest truth is your child doesn’t have to like the coach to listen to him and treat him with respect, so if he can do that no matter how he feels about the coach, the chances are better for a smooth season.

Your child doesn’t understand his/her role on the team

I give coach the responsibility for seeing that each player understands her role on the team. When my husband coached softball, he always told players at the beginning of the season what their role was on the team, and if it was more of a supporting role, he let them know how they could do more as the season progresses.

If your child’s coach does not explain this, then encourage him to ask the coach, “Coach, what do you see as my role on the team?” Hopefully the coach will take the time to think it through and give your child a clear answer.

When an athlete doesn’t fully understand his role, it can create confusion and frustration. Why am I on the bench so much? Why am I playing this position?

The role may not necessarily be what your child wants, but it will give him clarity on what to expect and what he needs to do to improve his situation.

I really wish coaches would understand how important it is for them to clearly and frequently communicate with parents. I’ve known some that do an excellent job, but most of the ones my kids had were severely lacking in communication skills. I found it extremely frustrating.

If your child’s coach doesn’t do a good job of communicating, then maybe a little prodding from you or even an offer to help with communication will resolve the issue.

The coach’s child is competing for your child’s position

No matter how you look at it, this is a tough one. Even if the child really is the better choice, it will probably be perceived as favoritism. And if he’s not, and he still gets it, then is is definitely favoritism. If the coach can be objective and do what’s best for the team, you’ve got a good coach!

After 22 years of being a sports mom, these are the things that often troubled me at the beginning of the season. How about you? What indicators do you see that tell you it could be a very looooong season?

Is your child facing a tough season and you’re not sure how to deal with it?

I believe so strongly in the value of life coaching (I’m being coached myself) that I will give you your first two sessions for only $25 each, over 50% off the usual hourly rate. Contact me at sportsparents@rcfamilies.com and mention the code: jbmcoaching.