You are here: Home / coaches / 10 Unexpected Things You Can Expect in Youth Sports 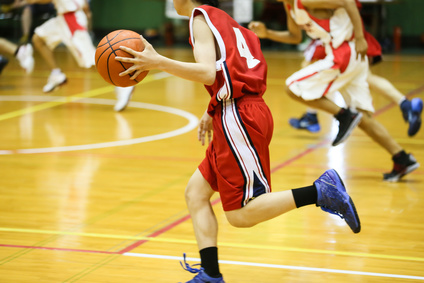 Every youth sports parent should embark on the youth sports journey remembering the quote first uttered by playwright Oscar Wild: To expect the unexpected shows a thoroughly modern intellect.

Expect the unexpected is a perfect prediction of what will happen when your child plays sports. After 22 years of being a sports mom, I can guarantee that the journey will throw all sorts of curve balls at you. Some good, some not so good.

Although you can never be totally ready for what lies ahead, I will try to prepare you with these 10 unexpected things that you should expect as your child plays youth sports.

I thought that kids awoke anger in me that I didn’t knew existed, but that anger reached a whole new level when it came to protecting my kids.

I wanted to protect them from unfair official calls, bullying teammates, or coaches who didn’t play them as much as I felt they deserved. I never imagined I’d confront a referee after my daughter’s basketball game or an opposing teamplayer who was harassing my high school son after his game.

Get ready. Sooner or later, someone is going to poke Mama Bear.

Although kids can cause you great frustration, they can also cause you to feel immense pride. When they win the trophy, the championship, or make the all-star team, you will be beaming. And when they don’t get the accolades, but still come out on top with their attitude, their leadership and their strength, the pride will be even greater.

You will say things you wish you could take back.

Can I just give you a little bit of advice here? Think before you speak, especially after a difficult game! I learned that very hard lesson after my high school daughter’s volleyball game when she was replaced because she was struggling.

On the way to the car, I blurted, without thinking, “Aren’t you afraid you’re going to get replaced as the starting libero?”

I immediately regretted it, but it was too late. My daughter burst into tears and I hated myself.

Biting your tongue is a skill every sports parent needs to learn.

You may do things you swore you’d never do.

I never saw myself being a team mom type of person. But I stepped up to volunteer when no one else would. I never imagined I’d be that mom who emailed a coach about why my high school daughter didn’t get her name in the paper and another player did.

Saying yes to things you don’t like to do or behaving in a way you never thought you would–these are the things that are pulled out of you when you are on the cutting edge of youth sports.

You learn that others don’t agree with you on how skilled your child is.

It may come as a surprise to you that everyone else is not going to see what you see in your child. Parents often mistake potential for fact and the result is that coaches, teammates and other parents may not agree with your assessment of your child’s abilities. It’s called parent bias and it doesn’t have to be a problem unless that bias pushes you to fix, control, and otherwise interfere in your child’s sports.

You will spend money you can’t afford to spend.

Youth sports is full of unexpected costs, things like tournament fees, gate fees, equipment you didn’t know your child needed and medical costs for injuries. Those trips to the walk-in clinic or the emergency room add up. Every one of my three kids broke bones, tweaked ankles, sprained knees and jammed fingers. I don’t have the figures now, but I’m sure that over 22 of sports parenting, those costs caused major damage to our wallet.

You will feel the urge to coach your child even if you’re not a coach.

It often happens on the way to a game. Whether your child is thinking about the game, tonight’s dinner or last night’s video games, they are most likely not going to be taking in the coaching you give them before they get out of the car.

Or maybe later, at dinner, you feel the need to critique your child’s play and instruct them in how they can do better next time.

The problems with this is that a) your coaching and the coach’s coaching may not agree and that leaves your child confused and b) your child mostly just wants you to be the parent and support them, not coach them. If they ask for help, great! Give it to them. But if they don’t, leave the coaching to the coach. It really cuts down on stress in the home.

You could have a coach who really doesn’t know what they are doing.

Whatever the reason, you will encounter coaches who really don’t know what they are doing. The best way to handle it is just let your child learn what they can and enjoy it. Before you know it, the season will be over.

Your child may not love the game as much as you do.

I really do think there were times as my kids were playing that I was more into the games that they were. I cared more about the outcome, their playing time, or the position they played that they did.

If your child does not love the game as much as you do, it may indicate one of two things: you are either too invested or your child doesn’t really love the game at all, in which case you might want to ask if they really want to play. Or are they playing to just please you because you love it so much?

You may find yourself NOT wanting to cheer for every player on your child’s team.

I’m embarrassed to admit this one. But it’s true. There were often kids on the team who were annoying or selfish and I just could not bring myself to cheer for them. I should have cheered for every player on the team because that’s the mature parent thing to do, but then there was that one kid who totally got on my nerves and I struggled to do the right thing. I think you know who I’m talking about!

As you expect the unexpected in your child’s youth sports journey, remember this: sometimes the best moments are the ones you didn’t plan at all.

Do you feel overwhelmed with everything that’s clamoring for your attention–but you know there must be a better way to do this whole sports mom journey?

Learn how you can have Less Stress, More Fun!