You are here: Home / coaches / 5 Tips for Effectively Confronting a Coach 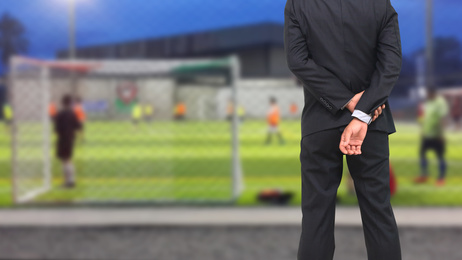 Confronting a coach is not a habit that I advocate when a parent is unhappy with playing time, position, or even coaching strategy. But I know that there will be times when you feel you must do it anyway for one of those purposes, or even for a reason that has nothing to do with any of those three issues.

These are hard conversations to have. It’s never easy to confront someone about something you are displeased with, whether it’s a coach, boss, employee, spouse or friend.
A few weeks ago, I talked about ways you can be sure that your child’s coach is listening and that zeroed in on your behavior as a parent. Today I’d like to focus on the specific conversation that you might have with a coach.
When you get to that place where you feel compelled to have a difficult conversation, here’s a few tips to keep in mind that will make the exchange smoother and more effective.

Before you confront, ask yourself, why am I doing this?
You may automatically reply that concern for your child is driving you to have that conversation. But if that’s the case, I would ask you this: have you asked your child what they want?
I know that if I was honest with myself, many of the times I wanted to confront the coach had nothing to do with what my child wanted; it had more to do with me venting my frustrations, and ultimately with me feeling like I actually had some control over the situation.
If your motive is to do what is best for your child, then talking to them first might be the best first step. Instead of looking to fix the problem externally (like confronting the coach), seek for ways to address it internally by talking to your child about what they can do to resolve the issue. Ask open questions, listen, and see if you and your child can learn to deal with the situation instead of trying to change it.

You’ve probably heard of the sandwich approach to confronting where you say something positive, add in your criticism, and then end with something else positive.
Even if you don’t particularly like the coach, there is something you can appreciate–their sacrifice of time, their enthusiasm, or the win last week. No one likes to be attacked and if you come at the coach with guns loaded,  the coach will immediately put shields up and probably won’t be too receptive to anything you have to say.
Everyone likes to feel appreciated!

Don’t Surprise Them (or Yourself)

Many teams and leagues advocate the 24-hour rule which encourages parents to wait 24 hours after a game to confront a coach about something that happened in the game. This is to give parents time to calm down and to give Coach time to get his or her head out of the game.

I’d go one step further: make an appointment with the coach. Let them know that you’ve got some concerns you’d like to discuss with them, face to face.You might even let them know what those concerns are about. Never confront in an email!

Making an appointment prepares the coach for the conversation and it also allows you time to think through what you want to say. This does away with venting and saying things that you will regret.

In this book 7 Habits of Highly Effective People, Stephen Covey lists one of those habits as: seek to understand, then to be understood.

Think of this contrast of attitudes:

You walk into the coach’s office with a complaint and your sole purpose is to let him or her know how frustrated you are.

You want into the coach’s office with a concern and your goal is to understand the situation better so that the result is what’s best for your child and the team.

Seeking to understand is a habit that is sorely neglected in many parent/coach conversations. Of course, it should come from both sides, but I am only speaking here to parents.

Going into a confrontive situation with the desire to understand instead of intimidate will have a much better chance of coming to a positive resolution for you, your child, and the team.

When my son played 6th grade AAU basketball, he was on a team where he seemed to be sitting the bench a lot. Privately, we were a bit steamed, but my husband calmly talked to the coach at a point after the weekend tournament and asked this question, “What does TJ need to do to get on your radar?” The coach made a few suggestions of what TJ could work on and we resolved to help him improve in those areas.

Perhaps we should have let TJ handle that confrontation, but we didn’t and I’m sure there will be times when you step in as well. When you do, an attitude of seeking to learn and improve, rather than demanding why “my child isn’t getting more playing time” will bring much more helpful feedback.

Coaches are People Too

I was reminded of this over and over throughout 29 years of being a coach’s wife. Some of the insults, attacks and abuse that my husband received from parents caused me much anger and even some tears. I saw him as a caring, dedicated coach who truly wanted what was best for his players. Yes, he is human and yes, he makes mistakes, but he’s a mere mortal who’s not perfect.

Perhaps ask yourself this question before you confront your child’s coach: if someone came to me with a problem, what would I respond to? What would I instantly dismiss? If the goal of your confrontation is to do what’s best for your child, then a truly effective conversation is your only choice.

For more information on how you can help your athlete, click here.