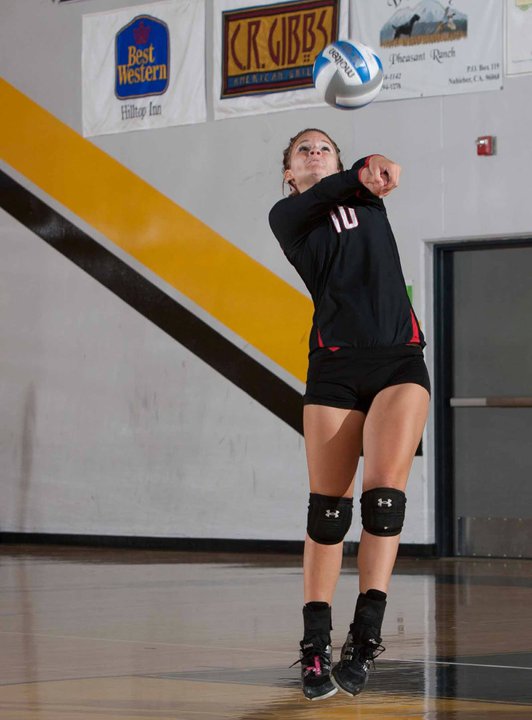 When youth sports gets hard, it’s no surprise that kids are tempted to quit. Nobody likes facing difficulty and through 22 years of being a sports mom, there were numerous occasions when our kids were discouraged and even if they didn’t say it, we knew they were toying with the idea of quitting mid-season.

There was one particular day when my high school daughter came home from varsity volleyball practice, obviously distraught.

As a libero who’d fought for the starting spot on varsity in her junior year, she was excited to finally have achieved her goal in the early weeks of her senior season. Or so she thought.

On this particular day, she came home nearly in tears and told us that the coach had replaced her at libero spot with a player–and this made it harder–who was one of her best friends because the coach wanted to test it out.

She retreated to her room to cry it out and I decided to try to talk with her. She let me in her room and I sat on the bed and listened to the whole story as she vented all her frustrations. After listening, I said, “What do you want to do about this?”

She didn’t answer, so I prompted her some more: “It seems to me that you have a few choices: you can quit the team, accept whatever spot the coach gives you, or you can fight for your spot. What do you think of those choices?”

She didn’t answer and I didn’t press her, but I hugged her and left her alone.

Thirty minutes later she came downstairs with a volleyball in her hands and said a friend was coming over to practice with her in the yard. I saw a bit of fire in her eyes as she said, “I’m going to prove to Coach that i deserve to be the libero!”

And that was that.

The next day at the game, she was not the starting libero, but she continued to give it her all when she did get on the court, and in the days of practice to follow. The result was that she did get her starting libero spot back and kept it for the rest of the season.

It’s tempting for parents to react in one of two ways to their kids who announce that they want to quit: they either say, “absolutely not!” or “whatever you want to do is okay.”

Which would you choose?

How about a third option? Help your child see all the options they have, and talk through what each of those options will mean down the road.

Do they really want to quit? If so, how do they think they will feel about that in a few weeks or next season? Will they regret doing so? How will it affect their teammates/

Are they willing to play another position? If so, can they give 100%?

Would they rather fight for their chosen position? If that’s the case, what are they willing to do to make that happen?

My daughter was very emotional that day and it would have been easy for her to make a decision based on those initial reactions. Encourage your child to think through all the options before quitting and never made a decision in the heated emotion of the moment.

Feelings are like waves. You cannot stop them from coming, but you can decide which ones to surf.

Is your child facing a tough situation on the team? I’m a life coach for parents and I’d love to help you figure out how to resolve the issue. Contact me for a free trial coaching session: sportsparents@rcfamilies.com.