You are here: Home / coaches / What Olympic Parents Want to Tell Sports Parents 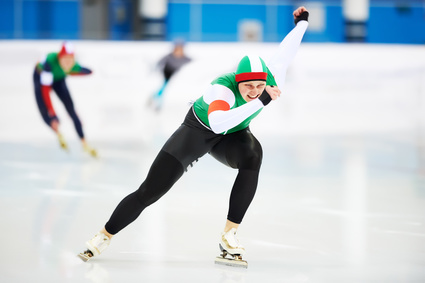 Every two years, we are in awe of Olympians and inevitably, we meet some Olympic parents and hear their stories of sacrifice and support.

There was a time, however, when those Olympic parents were sports parents much like you are. I doubt that most of them really grasped that someday their children would be competing on the world stage. So I wonder, What did they do in those early years that nurtured a child into becoming an Olympic athlete?

In an article on USA Today, Team USA parents discussed their paths to success and I’d like to highlight a few things they said. When asked about what they’d say to sports parents–parents whose shoes they were in a few years ago–this is what they said:

Back them 100% and don’t force them or push them to do it. If they want to do it, they’ll do it. Just support them. Ronald Hamlin of Remsen, NY, father of Erin Hamlin, 2014 bronze medalist in luge and 2018 U.S. flag bearer

Stay behind your kids and support them 100%. Take them to the practices, stay and watch their practices, and go to all their competitions. Just be there for them all the time. I know it’s challenging with work and everything that goes on in life … But the payback is 10 fold and more than any job could ever pay you. Maria Corazon Crain, mother of short-track speedskater Aaron Tran

You have to sacrifice and be there for your kids, whatever their passion is. It has to be their passions, not the parents. Don and Lisa Little, parents of Broc Little, a  forward on U.S. men’s hockey team

I’m sure there’s a lot more those Olympic parents could say to today’s sports parents, but the bottom line is pretty clear: Be there to support and sacrifice, but the drive and the passion has to come from within the athlete.

If you are the driving force of your child’s youth sports journey, it’s probably going to be a short trip.

Oh, you can push and bribe and cajole your child into working hard and away from quitting, but they will never excel and reach their potential until they are doing it because they want it.

If your child just wants to enjoy the sport for fun, and has no desire to play at a higher level, then let it be.

If your child doesn’t want to play basketball, but is really excited about golf, then let it be.

If your child would rather pursue music than sports, then let it be.

The only way for your child to reach their potential is to let them pursue what they love to do.

I’ve known parents who say that their kid isn’t interested in anything–but I say to you that every child has something they love to do; you just need to help them find it.

So if your child is playing a sport they love, and that they have the drive to go far in, then your job is to be their support system. Basically, you provide the support; they provide the drive. That will take your child as far as they can go.