You are here: Home / coaches / 4 Mindsets That Hold Your Child Back from Being a Leader 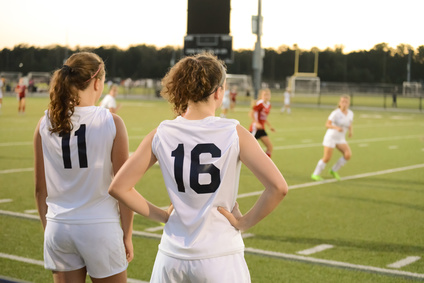 Do you get frustrated watching your child play because you wish they would be more assertive and become a leader in the game? Do you wonder what is holding your child back from being a leader?

Chances are, your child doesn’t have a clear understanding of what leadership really is. In fact, they may believe the misconception that leadership is for the chosen few.

In some schools and on some teams, it’s become a buzz-word. Classes are taught about it, coaches give talks on it, and still, athletes are not stepping up.

A team’s success rises and falls on its leaders. Yet there are mindsets that hold young athletes back from stepping into leadership. Many of them think is it not right for them because they are making one of these assumptions (based on the book Developing the Leader Within You 2.0 by John Maxwell)

Your child’s ability to lead is not established at birth. Yes, some kids are born with gifts that will help them more naturally lead, but the truth is that everyone has the potential to become a leader. Your child’s leadership skills can be developed and improved if they are willing to put in the effort.

A title and seniority will make me a leader.

When my youngest played varsity high school basketball, she was disappointed that she was not chosen to be team captain or co-captain. Her assumption was that she could not be recognized as a leader because she didn’t have the title. But becoming a leader does not require a title or even the distinction of being the oldest, it only requires a desire and a few basic tools.

How often have you seen a team captain or even a coach, people who have the “title”, but are actually not being good leaders? It happens all the time.

Playing experience will automatically make me a leader.

Leadership is a lot like growing mature. It doesn’t automatically happen just because you grow older. Sometimes people grow older without growing mature or becoming leaders. Time does not guarantee leadership ability.

Your child is not a leader just because they’ve been playing the sport since they were 5. It takes more than playing experience to make someone a leader.

I’m waiting until I become Captain to lead.

Your child may say things like “If I ever get voted captain,” or “If I ever coach”, then I will learn what it means to be a leader. Coach John Wooden explains very well why that is a problem: “When opportunity comes, it’s too late to prepare.”

Help your child understand that you don’t just BECOME a leader overnight, you must prepare for it.

Help your Child Become a Leader

The first step in helping your child become a leader is to help them see which of these mindsets is holding them back. If not one of these, then what is it? Being a leader doesn’t have to be scary or a high and mighty goal, because a leader is merely someone who has influence.

Help your child see the value of the influence they can have. Talk to them about what it means to be a leader and how they can start developing that skill on their team and in their school.

Leadership is Influence. That’s it, nothing more, nothing less. That’s why my favorite leadership proverb is “He who thinketh he leadeth and hath no one following him is only taking a walk.”

If you have struggled as you’ve watched your child not become the leader that you feel they are capable of, I would like to help. I’m a parenting coach. Please schedule your free 15-minute coaching session here.